Virtual Conference
Africa/Johannesburg timezone
If you were unable to submit your Supervisor Forms for the SAIP2022 Proceedings, please mail it to tebogo.mokhine@saip.org.za . Also indicate your abstract or contribution ID. 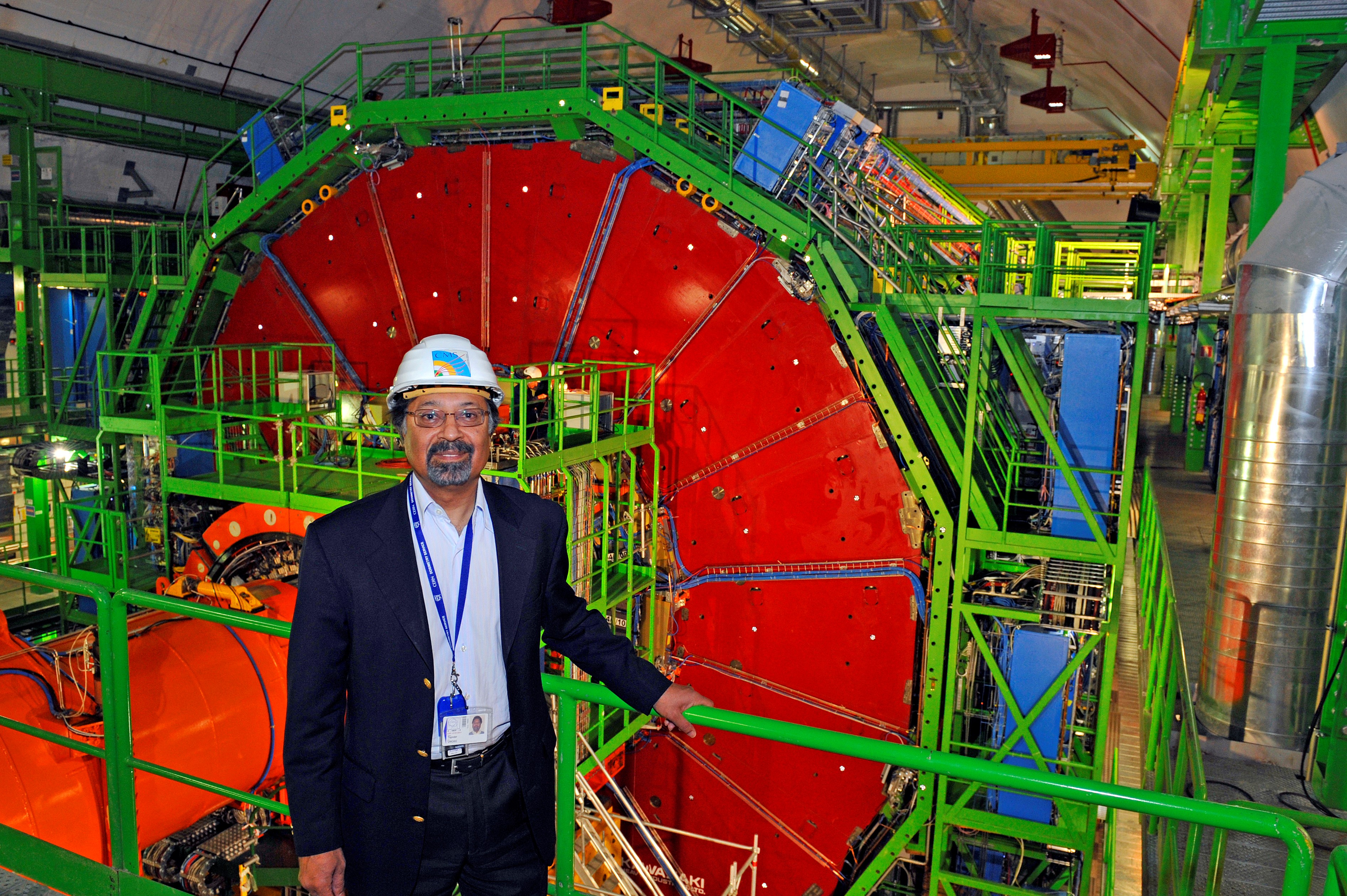 Tejinder Virdee is Professor of Physics at Imperial College, London. Over the last 30 years Tejinder has concentrated on the physics and experimentation at CERN’s Large Hadron Collider. He is one of the two founding fathers of the Compact Muon Solenoid Collaboration (CMS) at the LHC and has played a major role in all phases of the experiment, from conception and design, through construction to the extraction of science. He was involved in almost all the key scientific and technical choices made for the experiment. He pioneered some of the techniques used in the discovery of the Higgs boson announced by the CMS experiment in July 2012, along with the sister experiment ATLAS.

Tejinder was the Spokesperson (Leader) of the CMS Collaboration for three years, from 2007, a period that included the start of collision data taking, and was its Deputy Spokesperson from 1993 to 2006.

Tejinder’s current work involves studies of the newly found Higgs boson, search for physics beyond the standard model of particle physics and the design of the upgrades of the CMS detector for very high luminosity LHC running that is due to start in mid-2020’s.

Tejinder was elected to the Fellowship of the Royal Society in 2012 and was made Knight Bachelor in the 2014 Queen’s Birthday Honours List.

Tejinder is passionate about promoting the benefits of science and its importance in society. He funds diverse and impactful educational and scientific activities in schools and universities in Africa, India and the UK, and projects in sub-Saharan African countries, through the Virdee Grants, in collaboration with the UK Institute of Physics.

Track A  - Physics of Condensed Matter and Material 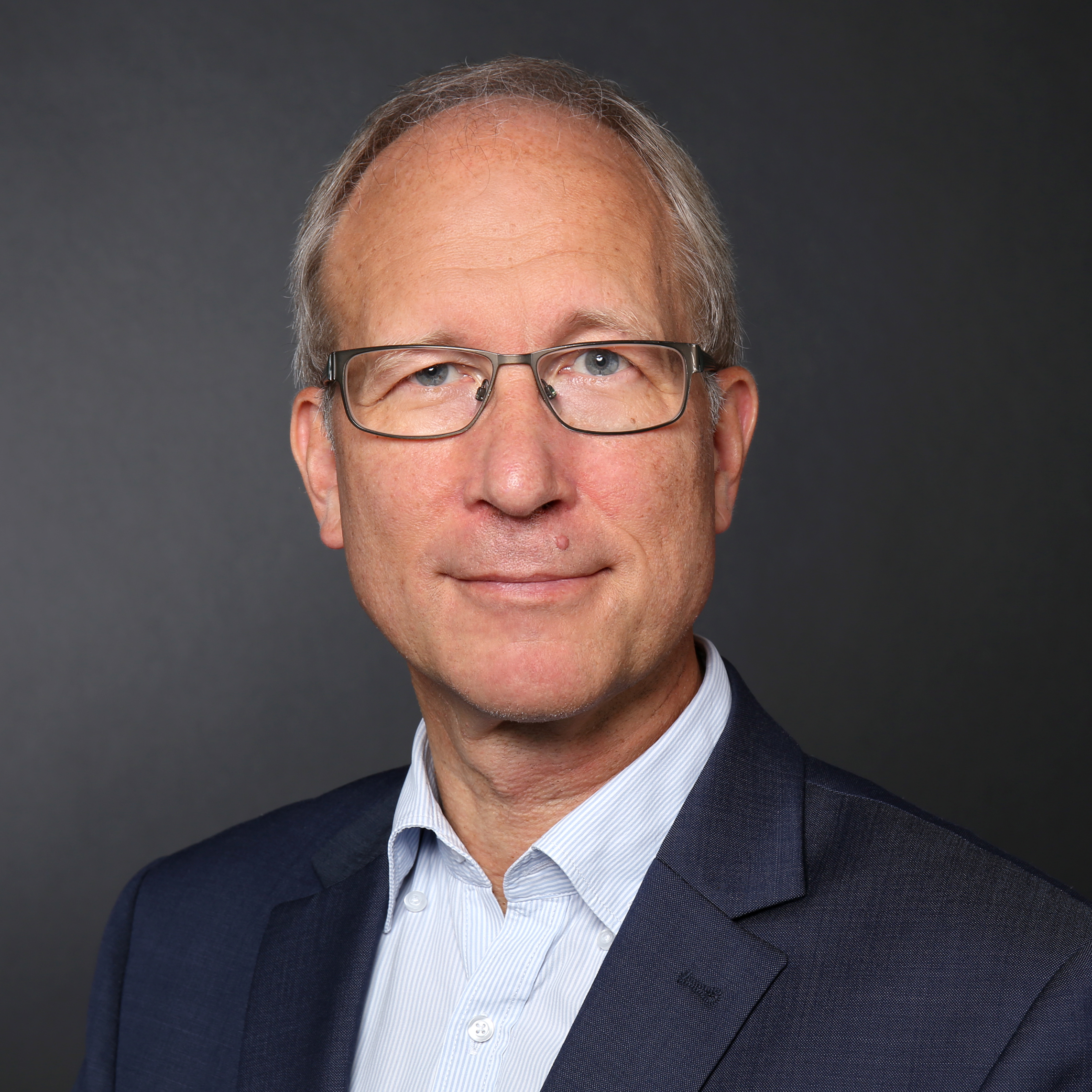 Prof. Matthias Wuttig currently holds the Chair of Physics of Novel Materials at RWTH Aachen University in Germany. After his PhD he spent time in Marseille, Tsukuba, Berkeley, Murray Hill (Bell Labs) and the Research Center Jülich, before he moved to RWTH Aachen University in 1997. There he was speaker of the Strategy Council advising the University Rectorate, Dean of the Faculty of Mathematics, Informatics and Natural Sciences and has been the speaker of the Collaborative Research Center Nanoswitches since 2011. In the last ten years, he has also spent time at IBM’s Almaden Research Center (San Jose), Lawrence Berkeley Laboratory, Stanford University, CINaM (Marseilles) as well as the Shanghai Institute of Microsystem and Information Technology (Chinese Academy of Sciences).

Developing novel materials is the goal of Matthias Wuttig's work. In doing so, he relies on an unconventional approach, the development of 'treasure maps' to identify promising materials. This has enabled the identification of fundamental relationships between relevant material properties and the underlying chemical bonding mechanism. He is particularly interested in the design of materials for photonic applications, data storage and energy conversion.

He has received various scientific awards and funding for his work, such as an Einstein Professorship of CSC and an ERC Advanced Grant. He is an elected fellow of the Materials Research Society and has published more than 400 papers (with about 25.000 citations (Web of Science)). 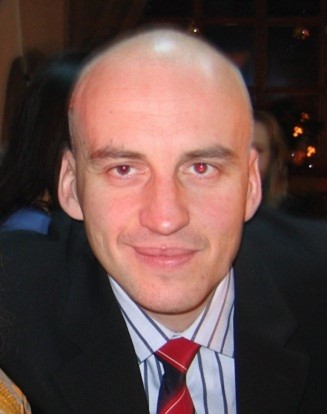 Danas Ridikas holds a position at the International Atomic Energy Agency (IAEA) as a Section Head of Physics Section at the Department of Nuclear Sciences and Applications. The Physics Section is responsible for planning and implementing activities in the areas of (i) effective utilization of research reactors and accelerator-based neutron sources, (ii) fostering relevant research and development and applications using particle accelerators and nuclear instrumentation, and (iii) controlled fusion research and technology. The IAEA Physics Section also operates the Nuclear Science and Instrumentation Laboratory (NSIL), located at the Agency's Laboratories in Seibersdorf, which assists IAEA Member States to improve the effective utilization of nuclear spectrometry, compact neutron generators and related instrumentation by providing technical advice, training, QA/QC services, and other assistance on request.

Before coming to the IAEA, Danas Ridikas has worked for almost 10 years at the French Atomic Energy Commission (CEA) as a senior scientist and, later, as a laboratory head in Nuclear Physics Division.

Sune Svanberg obtained his PhD from University of Gothenburg in 1972, and is since 1980 professor of physics at Lund University, Lund, Sweden. During 30 years, he was head of the Atomic Physics Division, and during 20 years director of the Lund Laser Centre. From 2011 to 2021 he was also a distinguished professor at South China Normal University, Guangzhou on a part-time appointment. He holds  9 honorary doctor/professor appointments, is a member of 6 scientific academies, a fellow of 5 learned societies, and received numerous national and international awards, including 5 gold medals.  He served on many boards and committees, including a 10-year membership of the Nobel Committee for Physics of the Royal Swedish Academy of Sciences. Based on a long career in basic atomic spectroscopy and high-power laser/matter interactions, his current research interests focus on laser spectroscopic applications to the environmental, ecological and biomedical fields. He has for many years been involved in capacity building in applied laser spectroscopy in Africa. 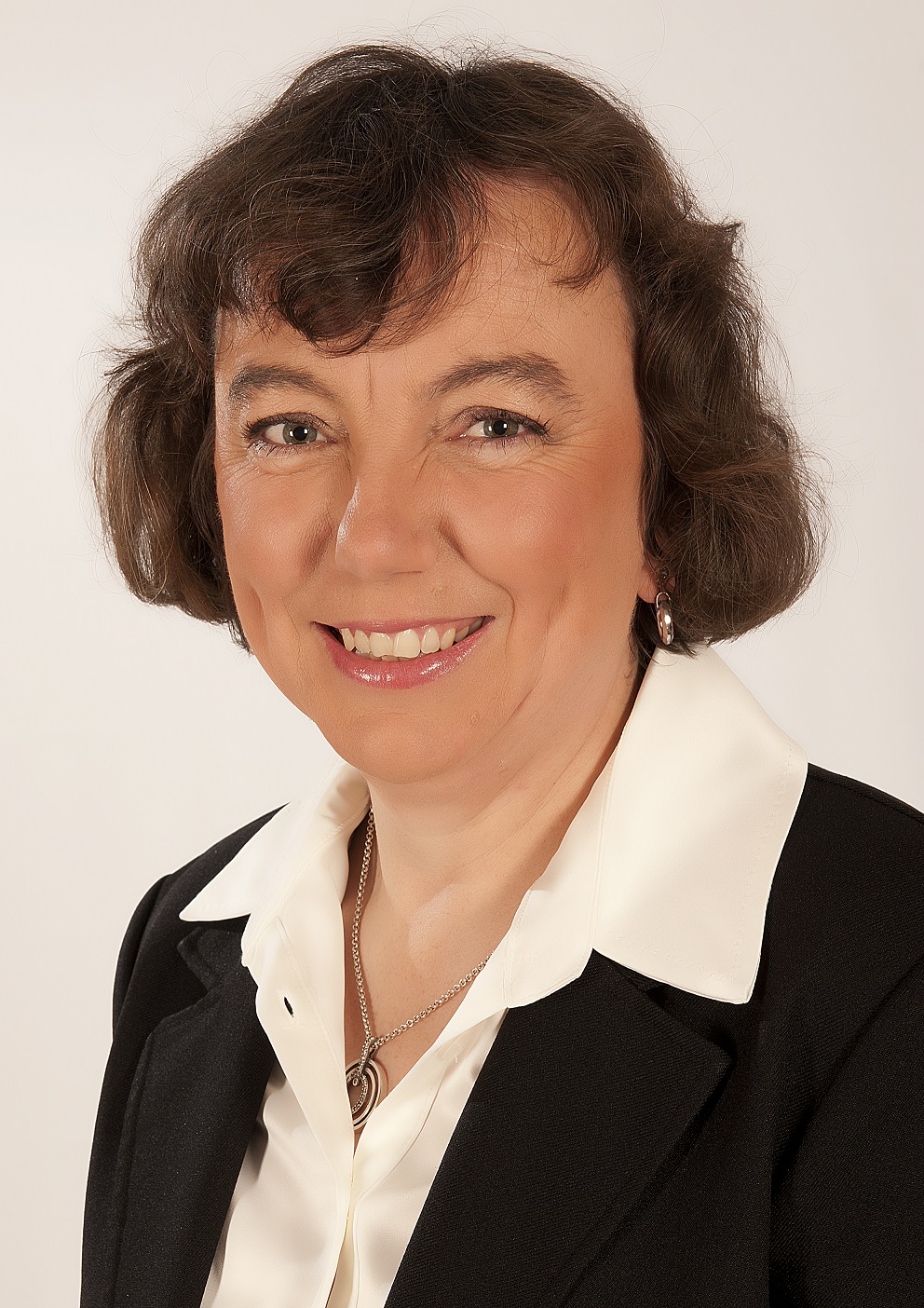 Dr Lee-Anne McKinnell is currently the Managing Director responsible for the Space Science Programme and Hermanus Facility of the South African National Space Agency (SANSA). She holds a PhD in Space Physics from Rhodes University, and a MBA from the Business School Netherlands. In her current role Dr McKinnell represents South Africa on a number of international committees and working groups ensuring Africa’s interests are maintained in the field of space science and related technology.

She is a champion for space weather applications and is leading the SANSA project to develop 24/7 operational space weather capability for Africa. As a current member of the SANSA Executive team, Dr McKinnell contributes towards the leadership team of SANSA utilizing her expertise as a Space Scientist combined with her facility and programme management experience to ensure sustainability of Space Science and the Hermanus facility within SANSA and South Africa. 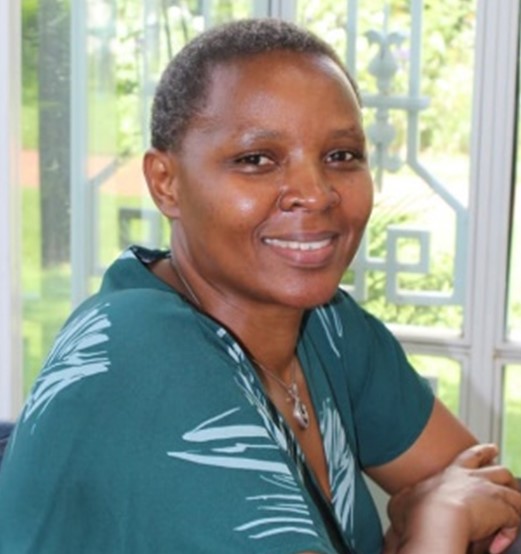 Dr Uwineza Marie Clémentine Nibamureke holds a  PhD degree in “Aquatic Health” from the University of Johannesburg, South Africa. Her research interest is studying the potential effects of different chemicals compounds in surface water on aquatic organisms and human health. Today, Marie Clémentine is a Postdoctoral Fellow at the Department of Zoology, University of Johannesburg. Her current project is investigating the effects of human pharmaceutical compounds detected in African aquatic environments on fish health. Different biomarkers are used to investigate the health of fish exposed to pollutants in water from the molecular to the organism level. The project is also studying innovated techniques of removing antiretrovirals from waste water.

Marie Clémentine is passionate about community engagement initiatives; she herself has started a community engagement project and the mission is to raise awareness of communities on the safe disposal of expired and unwanted medicines. Marie Clémentine is also an active member of scientific organizations which raises awareness to girls’ education in STEM fields such as the Rwandan Association for Women in Science and Engineering (RAWISE) and the Organization for Women in Science for the Developing World (OWSD). She is also a co-convener of the community engagement initiative of the African Strategy for Fundamental and Applied Physics (ASFAP). Marie Clémentine is deeply committed to the role of women in STEM fields, and as an aquatic scientist herself, she hopes to contribute to improving the health of aquatic ecosystems in Africa and the whole world. 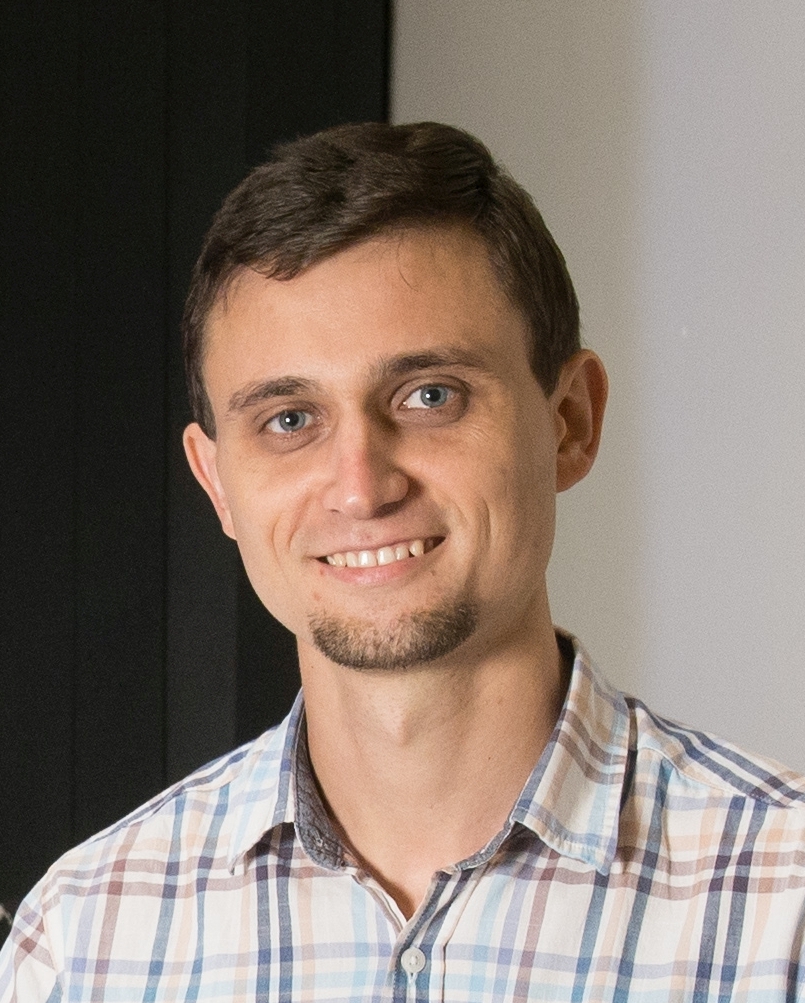 Even during his undergraduate years, Tjaart was fascinated with the complexity of biological systems and the possibility that physics provided one of the best toolkits to examine the processes of life at the fundamental level. He started with a solid foundation in Physics, Mathematics, and Applied Mathematics, capped with an MSc in Space Physics in Potchefstroom, before he switched to the field of Biophysics. He completed a PhD in Biophysics (cum laude) and a postdoctoral fellowship at the Vrije Universiteit Amsterdam in The Netherlands, after which he came back to South Africa to establish biophysics research at the University of Pretoria. His research focusses mainly on the primary processes of photosynthesis, which he investigates using various laser spectroscopy techniques and some theoretical approaches. He is particularly interested in the design principles of photosynthetic light-harvesting complexes and how these principles may be applied to improve the design and performance of organic solar cells. Another interest is to find ways to control light-harvesting processes using tools such as shaped light and metallic nanoparticles.

His scientific contributions have received broad recognition: by the University of Pretoria (Academic Achievers Award, 2017; Exceptional Young Researcher’s Award, 2018), the NRF (Y1 rating), the Royal Society of South Africa (Meiring Naudé medal, 2019), the Albert-Ludwigs University of Freiburg in Germany through a prestigious fellowship in 2015, and the South African Young Academy of Science (SAYAS, 2019), where he currently serves as an Executive Committee member. The US National Academies of Sciences, Engineering, and Medicine recognised him in 2021 as an expert panellist in Quantum Biology, and in the same year he joined the Editorial Board of the Journal of Physical Chemistry Letters. He recently had the privilege to talk about his research on SAfm.

His current positions as Chair of the SAIP Biophysics Initiative and the Biophysics Working Group Convener of the African Strategy for Fundamental and Applied Physics (ASFAP) allow him to actively promote biophysics research on the African continent. 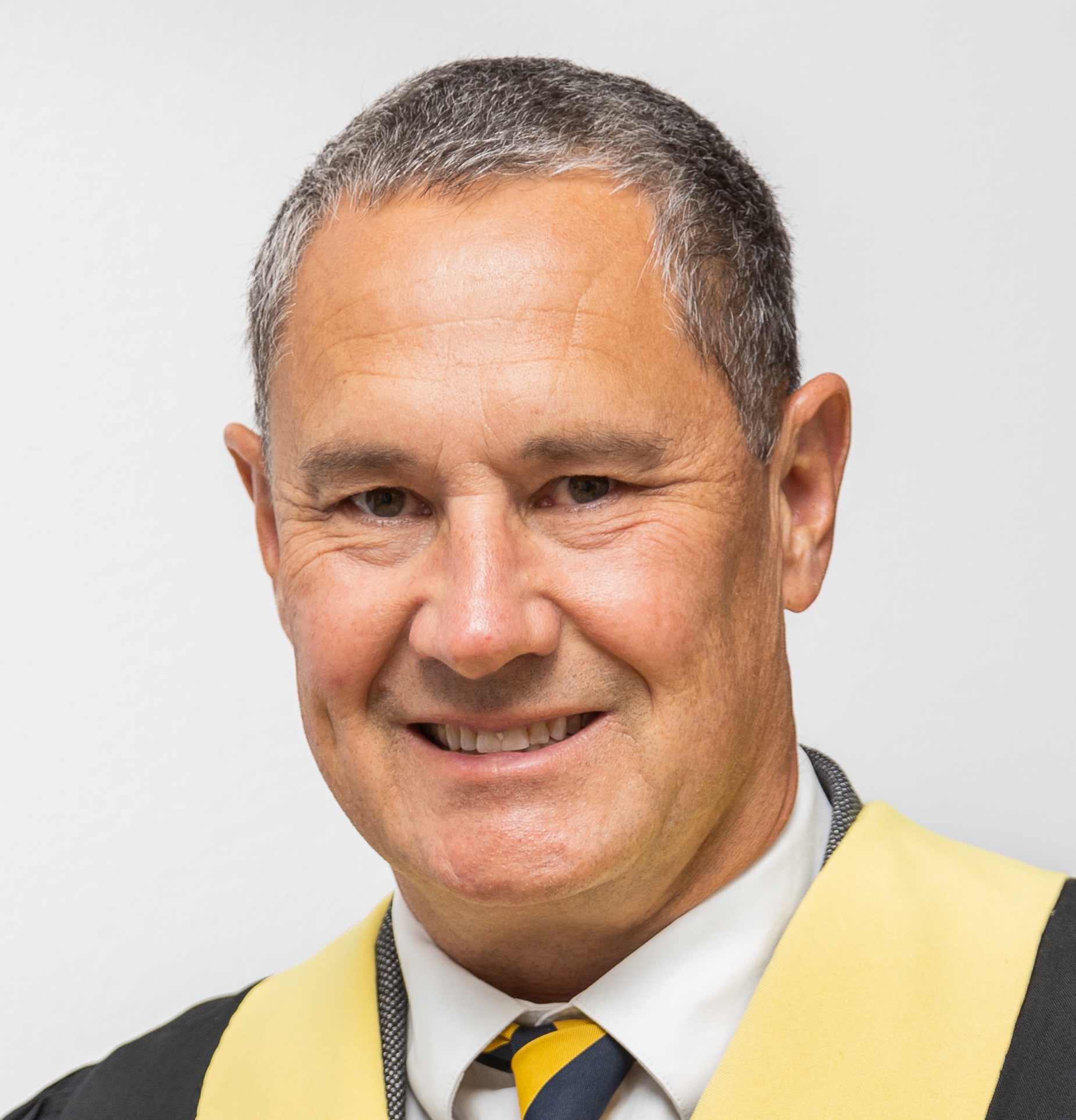 He completed his PhD on the active control of transient noise transmission in 1994.  After holding the Sasol Chair in Vehicle Engineering at the University of Pretoria he moved to Stellenbosch University in January 2000.  At Stellenbosch he has been Head of the Mechanics Division, Chair of the Department of Mechanical Engineering and Director of the Institute for Thermodynamics and Mechanics.  He was the founding Director of the Centre for Renewable and Sustainable Energy Studies and played a leading role to establish research, education and training programmes in renewable energy and influence funding and policy priorities on the national level.  He has a keen interest in solar and ocean energy.  As Dean of the Faculty of Engineering he is responsible for six ECSA accredited engineering programmes with 3 000 undergraduate and 1 000 postgraduate students.

Prof van Niekerk is a registered professional engineer with the Engineering Council of South African and has been practising as a consultant to industry for 25 years. He is regularly consulted by industry on a variety of areas including renewable energy systems and technology; solar, wind and ocean energy; and energy policy and research strategy.  He has published more than 35 articles in refereed international journals and presented many papers at international conferences. 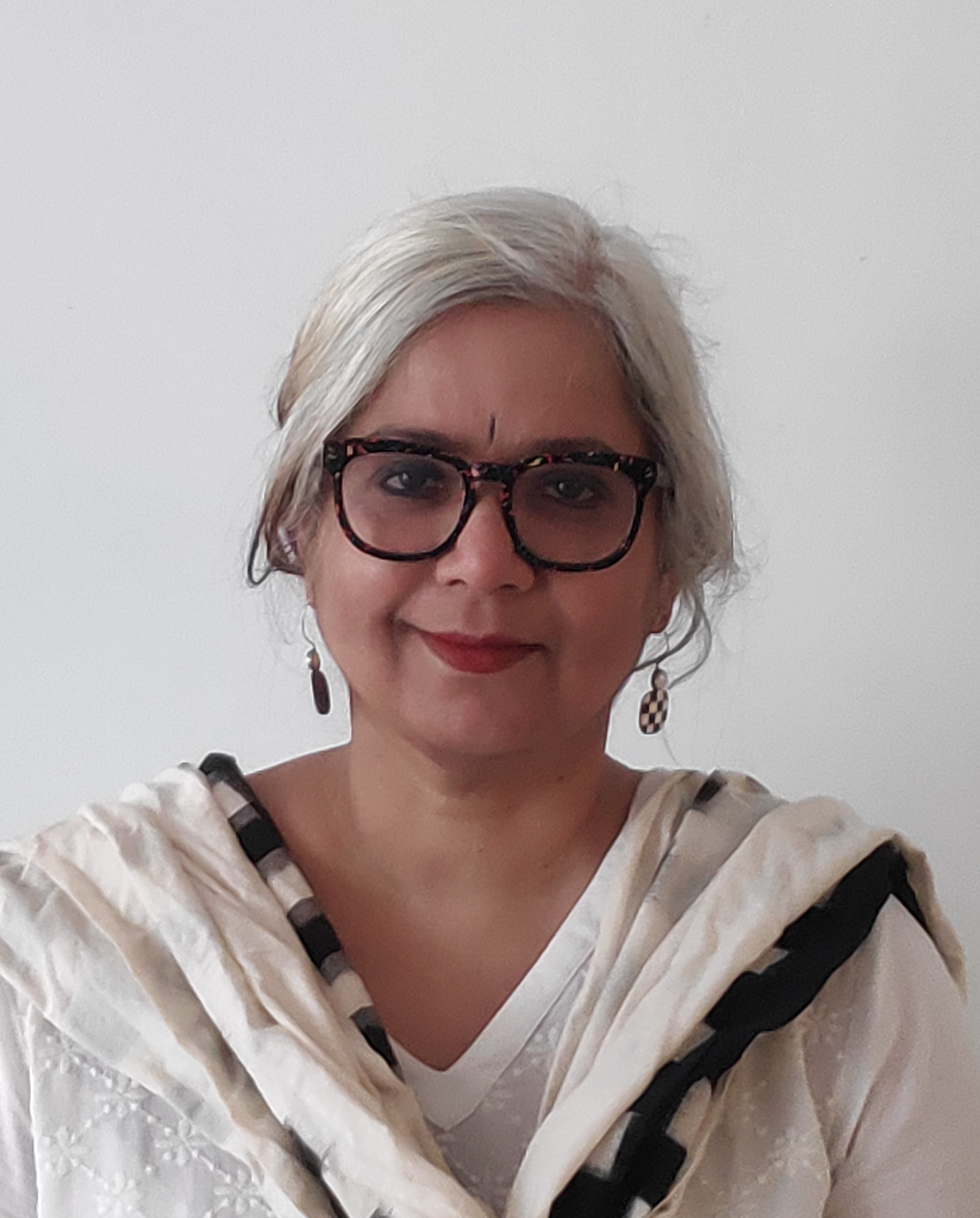 Shobhana Narasimhan grew up on the campus of a scientific institute in Bombay (now called Mumbai).  She obtained her BSc from St. Xavier's College, Bombay, and her MSc from IIT Bombay. She obtained her PhD in physics from Harvard University. After holding postdoctoral positions at Brookhaven National Laboratory, USA, and the Fritz Haber Institut, Berlin, Germany, she returned to India and joined the faculty of the Jawaharlal Nehru Centre for Advanced Scientific Research, Bangalore, where she is currently heads the Computational Nanoscience group, and is a Professor in the Theoretical Sciences Unit.

She has always has a strong interest in promoting women in science: as a student at Harvard, she  helped to found the group 'Women in the Mathematical and Physical Sciences', and while she was a postdoc at Brookhaven she made the suggestion to the American Physical Society that resulted in the setting up of the "WIPHYS" bulletin board. She was a member of the IUPAP Working Group for Women in Physics. She has been a member of several national committees set up by the Government of India to help women in science, including the National Task Force on Women in Science and the Standing Committee on Women in Science. She is currently chair of the Indian Academy of Science's Panel on Women in Science. She is also currently an Anna Boyksen Fellow at the IAS, Technical University of Munich; this fellowship is intended for scientists with an interest in gender issues.