Bryce Richards studied physics at the Victoria University of Wellington (New Zealand) before completing a Masters and PhD in electrical engineering at Univ. of New South Wales (Australia), in 1998 and 2002, respectively. He worked at both UNSW and the Australian National University. In 2006, he joined Heriot-Watt University (Edinburgh, U.K.) as a lecturer, being promoted to full professor in 2008. Since 2014 he is co-director of the Institute for Microstructure Technology (IMT) and Light Technology Institute (LTI) within the Karlsruhe Institute of Technology (Germany). His primary research areas lie in third generation photovoltaics (including perovskite solar cells), spectral conversion (up- and down-conversion), luminescent materials, light management, and solar-powered water treatment systems. 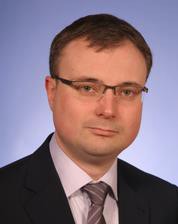 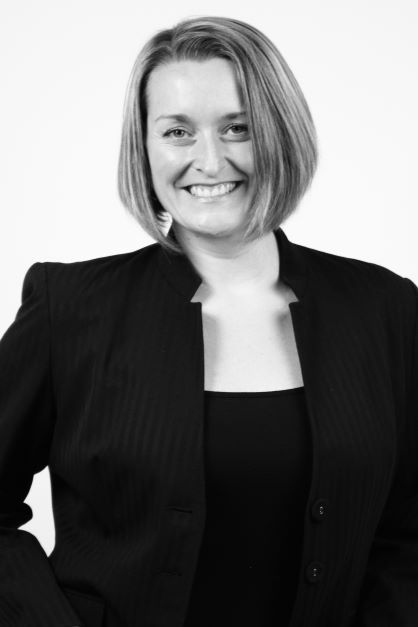 Anne Hémeryck has been a full-time researcher at the Laboratory for Analysis and Architecture of Systems at the French National Centre for Scientific Research (CNRS) since 2011. In April 2016, she created the M3 Team at LAAS-CNRS for Multilevels Modeling of Materials. She is nowadays the Head of the M3 Research Team. Since nearly 16 years, Anne Hémeryck performs intensive calculations to address materials science issues. During all her past professional experience, she always focused her research activities on modeling and simulation approaches dedicated to a variety of microelectronics topics, such as silicon oxidation (PhD in CEA-DAM, Arpajon, France), catalysis activity at the surface a gas sensor (postdoctoral fellow in LAAS-CNRS, Toulouse, France), nanoindentation simulations and hydrogen production enhanced by Al supernanoparticle (Postdoc fellow in University of Southern California in Priya Vashishta’s Team, Los Angeles, USA), preparation and coating of surface through molecular passivation and functionalization (6 months contractual work at the IRCP, Paris, France), assembly of nanoparticles thanks to DNA (in 2012 in LAAS-CNRS). Her research focuses on the nanoengineering of materials encountered in microelectronics by considering them in an atomic point of view and focus on the critical issue of the surface and interface phenomena and properties. She aims at focusing on the development and application of multi-levels computational methods, dedicated to physical and chemical problems in material science, notably on the predictive simulation concerning properties of materials directly integrated.

Ian Howard leads the Advanced Materials and Optical Spectroscopy Group. His research uses spectroscopy to explore the fundamental optoelectronic properties of solution-processable semiconductors. He is currently especially interested in organic semiconductors and metal organic frameworks. The ultimate goal of this research is to understand how energy flow is controlled at the nanoscale in these materials, and to use this knowledge to help design better materials for low-cost solar energy conversion. 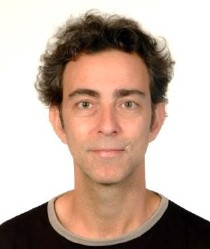 Ian Marius Peters is the Group Leader for High Throughput Characterization and Modelling and a scholar in the field of renewable energy design, with a focus in photovoltaic (PV) energy conversion. His main research interests include renewable energies, machine learning, advanced computer simulation, energy yield predictions, techno economic analysis, and optics and photonics. He has authored and co-authored more than 200 paper in scientific journals and conferences, three book chapters and ten patents that have been cited more than 7000 times with an h index of 43. He has acquired more than 25 M in funding from public and industry sources on three continents as well as supervising postdoctoral researchers, PhD students, Masters students and undergraduates. He has taught at the National University of Singapore and the Massachusetts Institute of Technology. 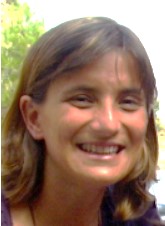 Prof. Dr. Layla Martin-Samos is a researcher from the Italian National Research Council (CNR-IOM) leading a group of three postdocs and one PhD student. She is also external associated professor at the University of Nova Gorica. After a PhD in Computational Material Science in Paris (2004) devoted to the modelling of defects in amorphous SiO2 from first-principles, she moved to the INFM-S3 center in Modena (Italy) where she developed SaX (Self-energies And eXitations), a software package based on Many-Body Perturbation Theory. SaX was the first Open Source freely available software released (GPL) for the modelling of electronic excitations, including optical excitations, within the GW approximation and the Bethe-Salpeter Equation. In 2009, she moved to Trieste (Italy) where she worked as development scientist for Quantum ESPRESSO. In 2012 she became assistant Professor at the University of Nova Gorica (Slovenia) in the Materials Research Laboratory. Her research interests include software development, refactoring and optimization (enabling High Performance Computing and High Through Put) and connection between theory and experiments, including multi-scaling and methodological developments. She is actively involved in a longstanding multi-partner collaboration (CEA-DIF, CNRSLAAS and SISSA), devoted to understanding and modeling defects and irradiation effects in semiconductors and insulators. She also participates in the activities of the Electronic Structure Library initiative and she is member of the psi-k (Ab-initio calculation of complex processes in materials) working group ‘Software engineering’. She is author/co-author of more than 50 papers published in peer reviewed international journals. She is PI of WP4 ‘Multi-Scale Modeling’ of H2020 FETOPEN MAGNELIQ and project manager of several industrial research contracts. 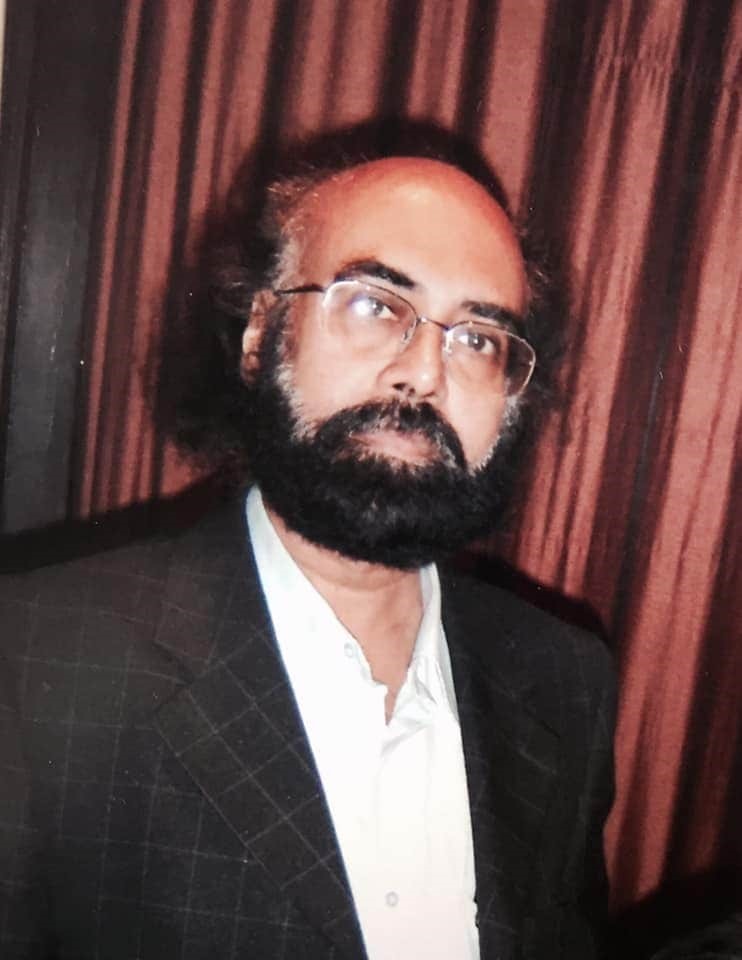 Prof Chakraborty is considered one of the world’s leading experts on Ion Beam Modifications and Analysis of Materials Analysis and Secondary Ion Mass Spectrometry (SIMS). He has been awarded the “Most Eminent Mass Spectrometrist of India” by the Department of Atomic Energy (DAE), Govt. of India and conferred the Gold Medal for his meritorious and outstanding contributions in SIMS. His research areas also include Nonlinear Optics and Photonics, Opto-electronics and Electro-optics, Plasmonics, Molecular Beam Epitaxy (MBE) and Metal Organic Vapor Phase Epitaxy (MOVPE) for the fabrication of nanomaterials, etc. Prof Chakraborty’s recent work on Metal-Glass Nanocomposites has led to the remarkable achievements in the development of novel photonic materials, thus opening the way for advances in all-optical switching, coupled waveguides and optical computation. Prof Chakrabory has been a visiting professor in numerous research centres and universities across the globe, delivering many invited talks. He has also received many awards and recognitions. His publications are numerous (more than 150 scientific papers) and include invited reviews, monographs and book chapters.

Department of Physics
Nanophotonics for Energy, University of Oslo
Norway

Andrej Kuznetsov was awarded with his PhD degree in physics from the Russian Academy of Sciences in 1992 and accomplished his habilitation in solid state electronics in 2000 at the Royal Institute of Technology in Sweden. In 2001 he joined the Department of Physics at the University of Oslo in Norway as an associate professor and was subsequently promoted to the full professor rank in 2003. From 2018 he has acted as the Chair of the Centre of Excellence: Light and Electricity from Novel Semiconductors (LENS) - as a part of the Centre for Materials Science and Nanotechnology at the University of Oslo. His focus is to understand novel semiconductors, searching for new fundamental phenomena and enabling new device functionalities. His work resulted in more than 200 peer-review publications, scoring more then 6000 citations, h = 41 by August 2022. He taught at different levels, at present gives an introductory condensed matter physics course at the BSc level, as well as supervised numerous students at the MSc and PhD levels. He managed research funds in Sweden, Norway, as well as EU grants. 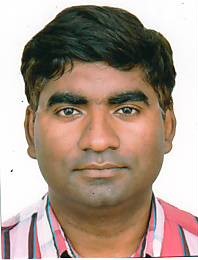